Earlier this month Alia Bhatt tied the knot with long time beau Ranbir Kapoor in an intimate ceremony attended by a select few. While images of the couple have been viraling on the internet, just days after the wedding Alia jetted off to commence shooting for the Karan Johar film Rocky Aur Rani Ki Prem Kahani. In fact, Churni Ganguly shared BTS images from the sets of the film saying, “Simply elated to share the floor with legends like Dharmendra ji, Jaya Bachchan and Shabana Azmi, and of course, Alia Bhatt and Ranveer Singh, both exquisite actors and absolute sweethearts. #rockyaurranikipremkahani, directed by none other than the immensely warm @karanjohar, coming to you with much lovey-dovey aplomb, in 2023!” 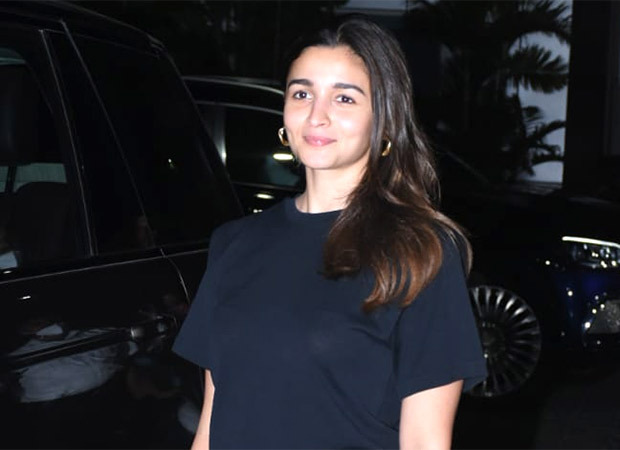 While the BTS images from the sets of Rocky Aur Rani Ki Prem Kahani are still trending on social media, Alia Bhatt has apparently wrapped the first shoot schedule of the film. In fact, Alia along with her sister Shaheen Bhatt were spotted at the Kalina airport earlier today arriving from the shoot location. A gracious Alia posed for the camera before waving to the media and leaving.

As for the film, Rocky Aur Rani Ki Prem Kahani which marks Alia’s second film with Ranveer Singh, the first being Zoya Akhtar’s Gully Boy, is being directed by Karan Johar. Besides this, Alia Bhatt also had Brahmastra which features her alongside Ranbir Kapoor.