Unveiling its biggest slate to date in India, at its maiden Prime Video Presents India showcase event in Mumbai, Amazon Prime Video today announced over 40 new titles, in Hindi, Tamil and Telugu, across original series, original movies and co-productions that it plans to launch over the next 24 months. Dialling up its strategy of bringing the best and latest movies to consumers across languages, Prime Video announced new multi-year licensing deals and co-productions with some of India’s biggest and most successful studios. Prime video also announced its foray into original movie production in India with films in Hindi and Telugu, to be released directly on the service. The service recently completed half a decade of super-serving customers in India, and announced that it will more than doubling its investment in Prime Video India over the next 5 years. 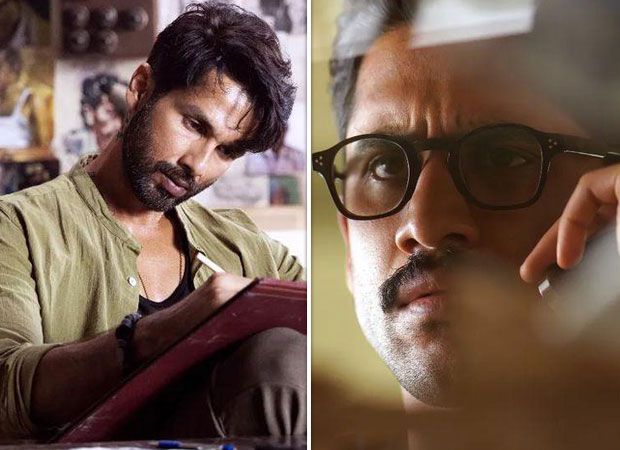 The upcoming Amazon Originals will enthral customers by offering a wide gamut of genres, ranging from cutting-edge thrillers, high-octane action, engaging dramas to light-hearted comedies and heart-warming romances. The service is augmenting its original programming for young adult audiences, and also exploring genres like supernatural and horror for the first time in its India journey. Furthermore, Prime Video is enhancing the scope of its unscripted series catalogue to explore genres like biographies, true-crime and investigative docudramas.

Prime Video aims to be a home for talent. It is working with a wide set of diverse creators with unique, cinematic voices from across the country. Almost 70% of the new upcoming titles will feature new talent – both in front of and behind the camera.

After launching Prime Video Channels last year, in another significant step towards creating a video entertainment marketplace, Amazon today also launched Prime Video Store, its transactional video-on-demand (TVOD) movie rental service in India. Customers can now get early access to the latest Indian and international movies, including a rich catalogue of popular movies (award winners and franchises) from around the world on a transactional (per-movie) basis. Prime Video’s customer footprint is set to expand even further as the TVOD rental service will be available to all Prime members, as well as, anyone who isn’t a Prime member. Customers will get early rental access to movies across languages and the rental service can be accessed via the STORE tab on primevideo.com and the Prime Video app.

“In the last 5 years, we have built a strong slate of locally produced content across languages, super-serving the diverse entertainment needs of Indian customers. With increased access and distribution, we have helped these great stories travel far and wide in India, and around the world. We have played a key role in helping expand the linguistic palette of Indian customers, thereby, increasing the audience base for creators and talent. Prime Video India today sees viewership from 99% of the country’s pin-codes. India continues to be one of Prime Video’s fastest-growing & most engaged locale globally. We are humbled by the love we have received from our consumers and continue to be deeply committed to delighting our customers with great content, while also fuelling the creative economy,” said Gaurav Gandhi, country head, Amazon Prime Video India.

Speaking about the multi-pronged approach on expanding the movies segment in India, Gaurav added, “In tune with our vision to become the most-loved entertainment hub, we have steadily innovated in the way we offer movies to our consumers, from offering films in a post-theatrical early-window to direct-to-service premieres bringing the most anticipated movies to consumers’ living rooms and preferred devices. We are deeply committed to grow this segment further and are going bigger on our film licensing partnerships, expanding our co-production initiatives and are now excited to announce our foray into original movies. In addition to our investments in great content, we are super excited about the launch of our TVOD movie rental service, that will not just give even more expanded reach to these films but also give customers more choice in how they want to access and watch content.”

Elaborating on the expansive content slate announced today, Aparna Purohit, head of India originals, Amazon Prime Video said, “Our mission has been to tell compelling, authentic and rooted stories that not just connect with audiences in India but resonate with audiences across the world. We feel humbled that the characters of our shows and films have inspired new archetypes, blazed a new trail, and in fact, become a part of the cultural zeitgeist. As we move forward, we are excited to partner with some of the most prolific creators to bring forth powerful stories across different formats, genres and languages for our customers. We are confident that our upcoming slate of shows and films will transcend all barriers of language, nationality or formats.”

Details about upcoming titles below:

1. ADHURA (Hindi)
A supernatural thriller set in an elite boarding school which hides a secret so dark and dreadful, it will shake the very foundations of the school and the lives of everyone connected to it.
Production Company: Emmay Entertainment
Creative Producer – Nikkhil Advani
Directors: Gauravv Chawla and Ananya Banerjee
Writers: Ananya Banerjee and Anand Jain
Key Cast: Ishwak Singh, Rasika Dugal

2. BAMBAI MERI JAAN (Hindi)
In his quest to clean the mean streets of Bombay from the rise of organised crime in post-Independence India, an honest cop puts everything on the line including the thing he wants to protect the most, his family.

3. CALL ME BAE (Hindi)
Bae, billionaire fashionista is disowned by her ultra-rich family, owing to a salacious scandal and for the first time in her life, has to fend for herself. On this journey, she overcomes stereotypes and discovers who she really is.

4. CRASH COURSE (Hindi)
A fictional account of two warring coaching institutes, and the effect it has on a group of young students who are preparing for their competitive exams, with dreams in their eyes and expectation of their families on their back.

5. DAHAAD (Hindi)
A serial killer drama set in a small town, the show follows the investigations of a female inspector into a crime that shakes her core.

6. DHOOTHA (Telugu)
In this supernatural horror, possessed inanimate objects wreak havoc on the lives of people who commit deadly sins.

7. FARZI (Hindi)
A small-time artist working out of his grandfather’s printing press has designed the ultimate con job – a crime uniquely suited to him – and gets pulled into the murky, high stakes world of all that it demands. A fiery, unorthodox task force officer has made it his mission to rid the country of the menace this poses in this fast-paced, edgy one-of-a-kind thriller.

8. GULKANDA TALES (Hindi)
A new series from the house of Raj & DK.

9. HAPPY FAMILY CONDITIONS APPLY (Hindi)
A light-hearted family comedy about a quirky but lovable joint family that is always at loggerheads with each other.

10. HUSH HUSH (Hindi)
The lives of five women intersect in unexpected ways when an unforeseen event unravels the façade of their lives.

11. INDIAN POLICE FORCE (Hindi)
An action thriller from one of the foremost name’s in the business, about a young Delhi Police officer who will go to any length to track down and bring to justice the terrorist mastermind behind a series of deadly bomb blasts around the country.

12. JEE KARDA (Hindi)
A coming of age series that delves into the lives of a close-knit group of seven childhood friends, trying to steer their way through adulthood.

13. JUBILEE (Hindi)
Set in a newly independent India, Jubilee is a fictional period drama that unveils the stories and dreams that gave birth to Bollywood, as we know it.

14. MODERN LOVE CHENNAI (Tamil)
The Chennai chapter of the widely loved US original anthology series, Modern Love Chennai explores six diverse yet universal stories of different facets, shades and moods of love, all set in the city’s many unique milieus.

15. MODERN LOVE HYDERABAD (Telugu)
The Hyderabad chapter of the widely loved US original anthology series, Modern Love Hyderabad explores six diverse yet universal stories of different facets, shades and moods of love, all set in the city’s many unique milieus.

16. MODERN LOVE MUMBAI (Hindi)
The Mumbai chapter of the widely loved US original anthology series, Modern Love Mumbai explores six diverse yet universal stories of different facets, shades and moods of love, all set in the city’s many unique milieus.

17. PI MEENA (Hindi)
A young, troubled, female private investigator gets thrown into a world, where she has to fathom the unfathomable and find her own self.

18. SHEHAR – LAKHOT (Hindi)
A neo-noir series about a man who reluctantly returns to his hometown where he not only battles his past demons, but also gets drawn into an even bigger cesspool of smoke and mirrors and must now prove his innocence.

19. SUZHAL – THE VORTEX (Tamil)
An investigation into a simple missing persons case unravels and rips the intricate social fabric of a small town.

20. SWEET KAARAM COFFEE (Tamil)
Braving the unknown, three generations of women from the same family set off on an epic road trip.

21. THE VILLAGE (Tamil)
India’s first show based on a graphic novel, The Village follows a family on a road trip that falls victim to a clan of mutants.

22. VADHANDHI: THE FABLE OF VELONIE (Tamil)
A dramatic noir thriller about the murder of a beautiful young girl, seen from the Rashomon-esque perspectives of an unrelenting obsessed cop, a novelist captivated by her grace and an opportunistic news editor.

23. THIS IS AP DHILLON
An all access reality documentary based on AP Dhillon – the breakout star of the global Punjabi hip hop scene. Through this series we go behind the sensation of AP Dhillon, to tell a story which celebrates brown identity like no other.

24. CINEMA…MARTE DUM TAK (Hindi)
A docuseries that explores the lives and times of four cult filmmakers from the world of camp-cinema, as they set out to make a film they’ve always dreamt of.

25. DANCING ON THE GRAVE (Hindi)
A true crime investigative series that tells the story of a sensational crime with access to exclusive interviews, shocking footage and the perpetrator himself.

26. INDIA LOVE PROJECT (Hindi)
This is a docuseries that shares the inspiring love stories of real people from across the country where each episode tells an unusual yet hopeful story through the eyes of the real couples.

27. BREATHE: INTO THE SHADOWS (Hindi)
J’s existence and ideology re-emerge as he sets out to finish what he started leading Avinash to confront his merging dual-identity. Kabir Sawant must now fight the battle of his life as he protects the society that has become a victim in the endgame of this crazed saga.

29. FOUR MORE SHOTS PLEASE! (Hindi)
The four girls are coming back to live, love, blunder and discover what really makes them tick through friendship.

30. MADE IN HEAVEN (Hindi)
The wedding planning team is back to plan new weddings, face fresh challenges and in the process, chart the journey of their own lives.

31. MIRZAPUR (Hindi)
The rivalry between Kaleen Bhaiyaa and Guddu only grows more intense from here.

34. Panchayat (Hindi)
An engineering graduate, Abhishek, is unable to find a job of his caliber. So, he ends up working for a panchayat in a remote Indian village and deals with several mundane challenges. As Abhishek settles, the village sees the rise of an opponent against Pradhan Ji and village politics of Phulera heats up.
Production Company – TVF
Producer: Arunabh Kumar
Director: Deepak Kumar Mishra
Writer: Chandan Kumar
Key Cast: Jitendra Kumar, Raghubir Yadav, Neena Gupta, Chandan Roy, Faisal Malik and Sanvikaa

38. MAJA MAA (Hindi)
A warm, funny story set in Baroda about a loving mother who unwittingly becomes a hurdle to her son’s marriage plans and contests societal norms.

39. TIKU WEDS SHERU (Hindi)
Tiku wed Sheru is a roller coaster love story of two survivors who in spite of overwhelming odds have a great zest to live and celebrate life.

41. RAM SETU (Hindi)
An atheist archaeologist turned believer must race against time to prove the true existence of the legendary Ram Setu before evil forces destroy the pillar of India’s heritage.