Actress Ananya Panday is gearing up for the release of her upcoming love saga Gehraiyaan co-starring Siddhant Chaturvedi and Deepika Padukone. The promotions of the film are going on in full swing and the star cast has been actively stepping out for the same.Recently, Ananya was even spotted promoting the film during Varun Dhawan and Sara Ali Khan’s Instagram live session. 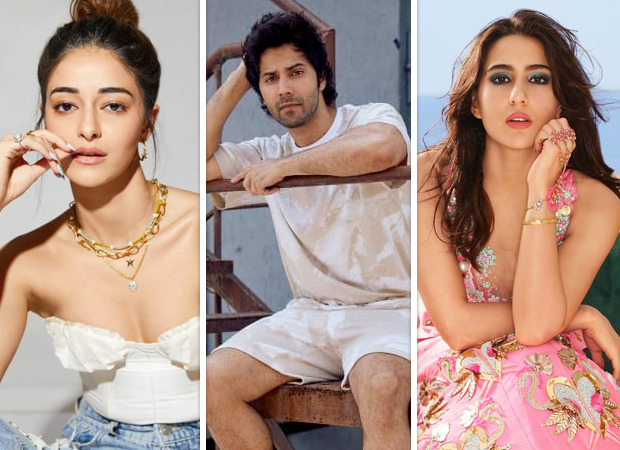 Varun conducted a live session from his official Instagram handle as he completed 40 million followers on the platform. The actor conducted a candid live session on the photo-sharing app along with his Coolie No 1 co-star Sara Ali Khan.  Varun who is at present in Goa was seen sipping tender coconut water on his live session. Sara, meanwhile, logged in from Mumbai. During the live session, they spoke about their love for the state and its beaches. While Varun also lauded Sara’s performance in her recently released film Atrangi Re.

In the middle of their chat, actress Ananya Panday started sending him messages in the chat’s comment section and promoted her upcoming film Gehraiyaan. She wrote, “Varun and Sara’s audience, Gehraiyaan is releasing 11th Feb Amazon prime watch it pls.” Varun teased her for plugging her film. Reacting to it Varun said, “Ananya stop trying to plug in your film. Stop. Don’t do that. Don’t get so deep. Which means ‘gehraiyaan in Hindi”.

Later Varun also praised the film and said, “But guys Gehraiyaan is out soon. Very soon on Amazon Prime Video. Directed by a very good friend of mine, Shakun Batra. Who looks very wise and very young at the same time.”

ALSO READ:Ananya Panday asks fans to guess what Deepika Padukone is doing in this hilarious BTS from the sets of Gehraiyaan