Actress Ankita Lokhande tied the knot with her long time boyfriend Vicky Jain in December 2021. The couple is one of the most celebrated couples in the television industry. They have also made their Television debut as a married couple with the reality show Smart Jodi. Before dating Vicky Jain, Ankita Lokhande was in a relationship with late actor Sushant Singh Rajput. 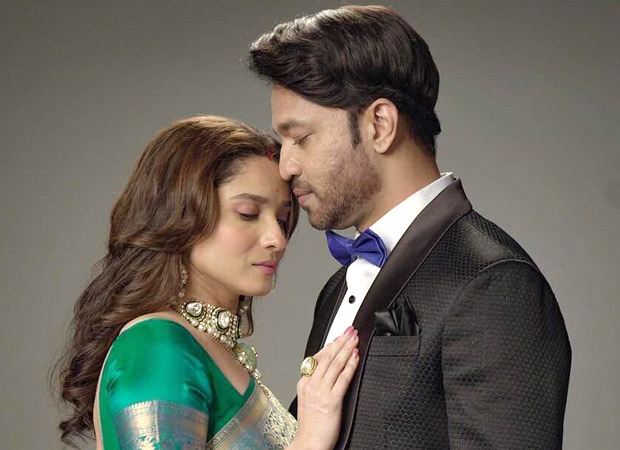 During their appearance in the show, The newly married couple not just talked about their love story but also the ‘difficult phase’ after Ankita’s ex-boyfriend Sushant Singh Rajput’s death.

During the show, Ankita and Vicky were taken down memory lane as the host Maniesh Paul showed them an old picture. Seeing the picture Ankita shared that it was from 2013 and taken at Arjun Bijlani’s house. She revealed that Vicky and she weren’t even friends then but only met formally at their common friends’ parties. The actress also shared that it was through one of her worst phases in life that she connected with Vicky on the phone and there’s been no looking back.

Later, the couple also talked about late actor Sushant Singh rajput’s demise and how it severely affected them. They also revealed that it was a ‘tough test’ for their relationship. Ankita told Maniesh, “It’s not easy..har ladke ke bass ki baat nahi hai uss waqt apni ladki ke saath khada hona ( Not every guy has that to stand with his girl during tough times). I was going through a very bad phase and Vicky mere saath khade rahe hain (Vicky was there with me).”

Ankita praised Vicky for giving her clarity and letting her speak her mind amid several speculations that were going on about her relationship with Sushant Singh Rajput. She said, “The time was such. People had different narratives. I was constantly being questioned. When I wouldn’t answer, they would make an answer of their own because of which Vicky and I faced a lot.”

Vicky said, “A lot of people had wrong notions about things. I was unable to understand it all. I am proud of Ankita that she very boldly handled it. She fulfilled all the duties and responsibilities she had. Wherever it was needed, she said her piece for herself and that relationship. For her honesty, I have always supported her.”

ALSO READ:Ankita Lokhande recalls going through a bad phase before meeting husband Vicky Jain; reveals how he helped her overcome it