The Hindi film industry is particularly known for excelling in the horror genre. However, in 2008, the film titled 1920 had people’s interest and turned out to be a commercial success. Starring Rajneesh Duggal and Adah Sharma in the lead, the film was directed by Vikram Bhatt. Now, a decade later, Vikram Bhatt is set to take the franchise forward. The upcoming film titled 1920: Horrors of The Heart will star Avika Gor and will be directed by his daughter Krishna Bhatt. 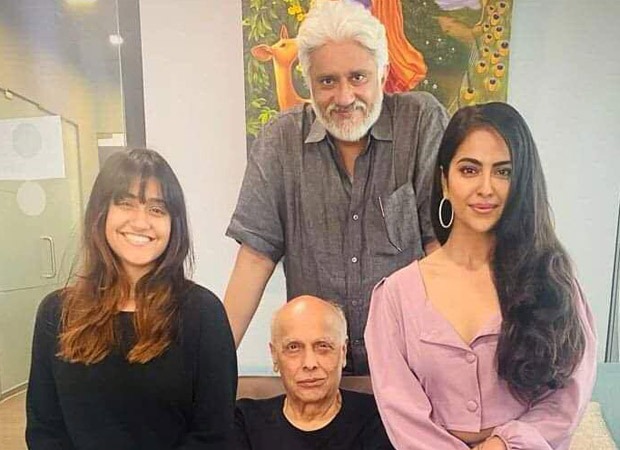 Avika Gor to star in Vikram Bhatt’s 1920: Horrors of The Heart; Krishna Bhatt to direct

On Saturday, Vikram Bhatt took to his Instagram handle to officially announce the film. Sharing a picture with Krishna, Avika, and Mahesh Bhatt who will be writing the film, Vikram wrote, “1920 started a new chapter in my life and now another story set in 1920 will kick start in Hindi films the career of the immensely talented @avikagor and the gritty girl director @krishnavbhatt 1920 – horrors of the heart is written by my mentor and guru @maheshfilm – this time I play the producer – cheering from the wings for the emerging talent”.

“The film that changed my life and made me want to become a director – 1920! Now more than a decade later I will direct 1920 – Horrors of the Heart with my leading lady, @avikagor ! Super excited to be making this one with my heart, my love and my mentors @vikrampbhatt and #MaheshBhatt who are writing and producing it,” wrote Krishna announcing the film through her Instagram handle.

After 1920, the makers had released the sequel to the film titled 1920: The Evil Returns. It received mixed responses from the audience.