Bollywood star Ayushmann Khurrana is currently in London filming the highly anticipated Action Hero, produced by Aanand L. Rai. Directed by Anirudh Iyer, the film is said to be mounted on a big scale and Ayushmann took to social media to post an image of the team being at the Tower Bridge in the wee hours. Tower Bridge is an iconic location in London that has been used to film several hugely mounted projects like Tom Holland’s Spider-Man: No Way Home, Tom Cruise’s Mission Impossible, Pierce Brosnan’s James Bond film The World Is Not Enough, Angelina Jolie’s Lara Croft: The Tomb Raider!

A trade source says, “Look at the incredibly long schedule of this film in the UK! It suggests that the film is being scaled to a level that is incredibly novel. Ayushmann and the team are shooting at locations that are incredibly picturesque and we are certain that the film will be a visual delight. One has to see the film to know the level of scale that Aanand Rai is operating at. Action Hero is proving to become a thrilling promise for audiences.” 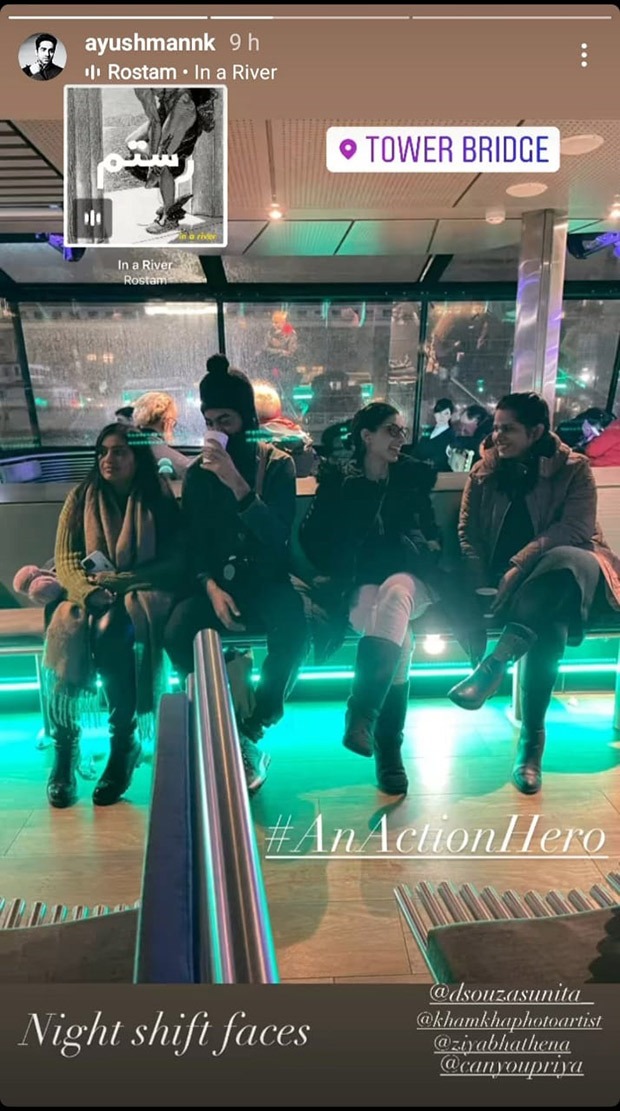 About the film, Ayushmann Khurrana had said, “This is the first time that I will be shooting in London and I’m quite excited to explore and see the beauty of the country from close quarters. An Action Hero is mounted at a scale that deserves to be shot in big locations. So, while we will film in some gorgeous places of India, we will also shoot at some really breath-taking places in the United Kingdom which I’m sure the audiences will love to see on the big screen.”

ALSO READ:T-Series and Colour Yellow’s An Action Hero jumps into action; kicks off shoot in London!