The most popular show of television Taarak Mehta Ka Ooltah Chashmah is all set to be streamed in an animated version on Netflix. The sitcom enjoys an enormous fan base and is widely cherished by the audience. Last year, the producers of the show launched its animated version which will now be available on Netflix as well from 24th February 2022. The animated series of India’s most darling comedy TV show has already aired two successful seasons on television since 2021. The animated series too has Gokuldham Society’s characters in hyperbolic cartoon avatars and is a major hit among the kids. 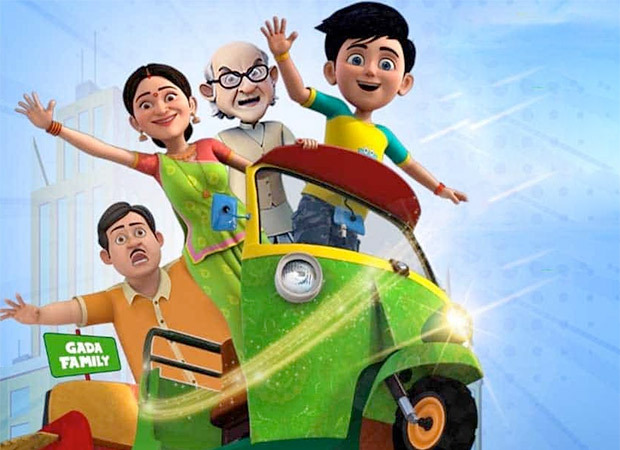 For the uninformed, Taarak Mehta Ka Ooltah Chashmah is produced and directed by Asit Kumarr Modi. Talking about the premiere of the animated edition on Netflix, Asit Kumarr Modi said, “It is becoming more and more evident that so long as the content is great, it can be seamlessly adapted across mediums. Last month, a report by Amazon revealed Taarak Mehta Ka Ooltah Chashmah as the most searched TV show in Hindi on its Fire TV Device. Now, the show’s animated version, Taarak Mehta Ka Chhota Chashmah will be available to our viewers on Netflix. It also reiterates that pure humor can bring a positive transformation in our society and at Neela Film Productions, spreading joy is pivotal to our ethos. We’re glad that our viewers especially, kids will get to enjoy Taarak Mehta Ka Chhota Chashmah on OTT as well.”

Taarak Mehta Ka Ooltah Chashmah is the world’s longest-running daily comedy show. Over the years, its characters and personalities have become family names in the country. The exhibit premiered in July 2008 for the first time and has been operating successfully for over 13 years now and has completed over 3300 episodes so far.