The success of Alia Bhatt-starrer Gangubai Kathiawadi at the box office has brought much needed hope among the industry and trade members. From today, theatres in 14 cities and districts in Maharashtra have been allowed to operate 100% occupancy. As a result, the trade expects the business to grow manifold in the month of March itself. One of the biggest films of this month is Bachchhan Paandey. Starring Akshay Kumar in the lead, it was always a keenly awaited film and the trailer has added to the hype. 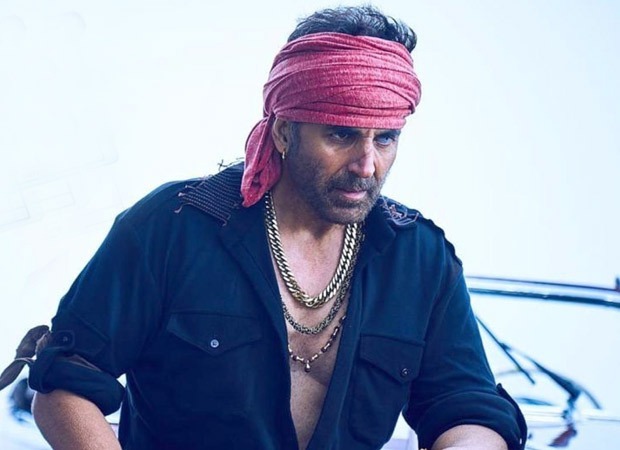 BREAKING: Bachchhan Paandey cleared by CBFC with U/A certificate and 3 cuts; 2 violent scenes and a double meaning dialogue have been modified

Bollywood Hungama has now learnt that Bachchhan Paandey has already been cleared by the Central Board of Film Certification (CBFC). As per the censor report, the examining committee asked for three cuts in the action comedy. There’s a scene of a slitting throat and blood oozing out. In another scene, a character is stabbed, leading to a lot of bloodshed. The CBFC members felt that the violence in both these places was quite gory. The makers were thus asked to remove or modify the violence in these sequences.

The third cut is with regards to a double meaning dialogue related to a banana. The CBFC asked the makers to reduce or modify the dialogue, a part of which is “Kabhi toh (kela) khaane ke liye bhi le liya kar”.

Bachchhan Paandey releases in cinemas on March 18, which is a holiday. A trade expert said, “It releases on Holi and this will prove to be an advantage. Cinemas are running with no restrictions in most parts of the country. The film seems like an ideal masala entertainer and as a result, expect the film to create a dhamaka at the ticket window.”

Disha Patani hits back at trolls who leave sleazy comments on her bikini and bold photos  : Bollywood News