Those familiar with the movie business will be aware that using the title of a film, which has already been used before, is a bit of a process. From time to time, one hears of benevolent producers giving away the title rights of their old film to another producer for free. However, if the title of an old movie, that too a famous one, is usurped by another film without permission, it can lead to a legal mess. The producers of the Telugu film, Khiladi, learnt this the hard way. Starring Ravi Teja in the lead role, the name of the movie is the same as the super-hit 1992 Hindi film, starring Akshay Kumar. And the producer of this Bollywood movie, Ratan Jain, filed a case at the Delhi High Court as the title ‘Khiladi’ has been used without his permission. 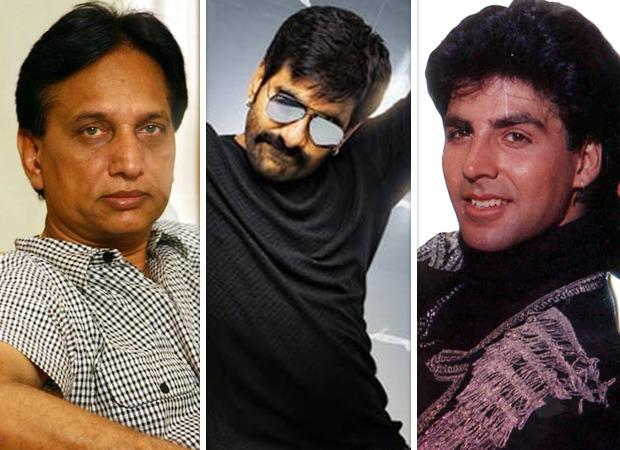 Khiladi was released today, not just in the original Telugu language but also in Hindi. Speaking to Bollywood Hungama exclusively, Ratan Jain, of Venus Records & Tapes, said, “We have filed the case on both parties – the presenter and the producer”.

In other words, he has complained that not just the Hindi version, but even the Telugu version can’t have the same time. Jayantilal Gada, of PEN Marudhar, has presented the action entertainer in the Hindi version. He explained, “We have the trademark registration for ‘Khiladi’. The trademark is all over India. Nobody can use just the title ‘Khiladi’ in the entertainment industry. Titles like ‘Sabse Bada Khiladi’, ‘Khatron Ke Khiladi’, etc are okay. But ‘Khiladi’ is my trademark.”

Ratan Jain then stated, “We had a hearing yesterday. We presented our case. According to the judge, it was too late to stop the release. We made it clear that we do not want to halt the film from being released. I don’t know why they did this but they released the trailer very late, on February 8, though their film’s release was planned for February 11. We prepared for the case on February 9. The case went for hearing at the Delhi High Court on February 10. So, from my side, I have not done any delay.”

When asked why he didn’t raise the issue before, Ratan Jain replied that he learnt about the film at the last moment, after seeing the trailer. He reasoned, “Agar Khiladi naam ki film Telugu mein ban rahi hai, toh humko Mumbai mein kaise malum padega?”

He continued, “Now the whole ballgame has changed. The South filmmakers register the title through the association in the South. Thanks to the success of Pushpa (2021), this has now become a trend – to release a South film in the dubbed version in cinemas on the same day. And they are using the same title for the Hindi version. Tomorrow, they’ll use the title of many other big Bollywood hit films for their movies. Kitna bada confusion hoga isse. Today, if you google for our Khiladi film, you’ll get results of the Telugu film. This is not done. There’s a copyright law in place and the makers should have followed it.”

Sharing further details about the court case, Ratan Jain said, “The judge told us yesterday that principally, we are right but the film’s release neither can be stopped nor should we attempt to do so as several people and the distribution and exhibition sectors are involved.”

He also stated, “The court will now give a right direction to the makers, regarding the electronic release, that is, the OTT release. Our next hearing is on Wednesday, February 16.” So is he demanding financial compensation? To which he replied, “Let the court decide. I don’t have a say on this matter. My only point is that they cannot release the film as Khiladi as that is my trademark.”

He also admitted that it’s not compensation that he’s looking at. Ratan Jain has a different motive behind suing the Khiladi makers, “I want to set a precedent. Pehli baat toh yeh South ke log Hindi film ka title rakhte kyun hai? The reason behind this is that they want somebody to buy their dubbing rights and release the same film in Hindi. This is wrong. Aap Telugu title rakho na apni film ka.”

Meanwhile, the morning shows of the Hindi version of Khiladi were cancelled everywhere today as the Censor process was not completed on time. The film got a certificate today in the morning and hence, shows began only after 12:00 noon. An exhibitor revealed, “In some places, where the hard disk, containing the film, needs to be flown to the cinema hall, the shows started post noon. In a few places, the film would release only tomorrow. In my many years of experience, this is the first time I have seen the censor certificate is given on the day of the film’s release.”

There were murmurs in the exhibition community that it was Ratan Jain who objected to the Central Board of Film Certification due to which the certification process was delayed. When asked about it, Ratan Jain made it clear that he had no idea about this problem. He said, “I have no connection to the Censor issue.”

Also Read: Will Khiladi do for Ravi Teja what Pushpa did for Allu Arjun?