South Korea’s most followed actor Lee Min Ho and South Korean juggernaut BTS were voted as the most beloved Hallyu stars around the world, as per the latest annual survey conducted by South Korea’s government. 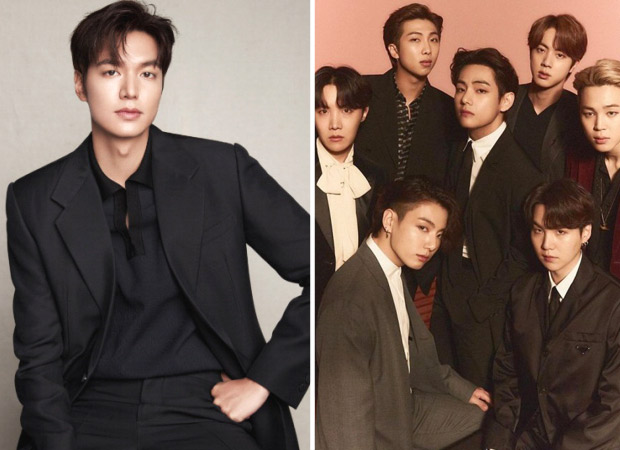 As reported by AllKpop publication, on February 14th, based on the ‘2022 Overseas Hallyu Report’ which was conducted by Korea’s Ministry of Culture, Sports and Tourism and the Korean Foundation for International Culture Exchange (KOFICE), Lee Min Ho was voted as the most favored Korean actor while BTS was voted as the most favored K-Pop singer for two consecutive years.

The annual survey was conducted online from November 5th to December 8th of 2021 and got 8,500 respondents aged 15 to 59 from over 18 countries, including the United States, Russia, and Japan. The survey included various questions about the Hallyu, varying from K-Pop to Kdrama.

Meanwhile, Boys Over Flower’s Lee Min Ho once again topped the list of favorite Kdrama actor by garnering 9.3% of votes and outshined Crash Landing on You’s Hyun Bin, who got 3.1%. Guardian: The Lonely and Great God star Gong Yoo came in third with 2.8% of votes followed by Descendants of the Sun couple Song Hye Kyo (2.2%) and Song Joong Ki (2.1%). W: Two World’s Lee Jong Suk (1.7%) and My Love From Another Star’s Jun Ji Hyun (1.6%) came in next.