Conman Sukesh Chandrasekhar has been making headlines for the past several months after his links with actresses Jacqueline Fernandez and Nora Fatehi had surfaced in a Rs. 200 crore money laundering case. Now it has come to light that the conman had met several models and actresses from the film industry pretending to be a business tycoon including Sara Ali Khan, Bhumi Pednekar, and Janhvi Kapoor. 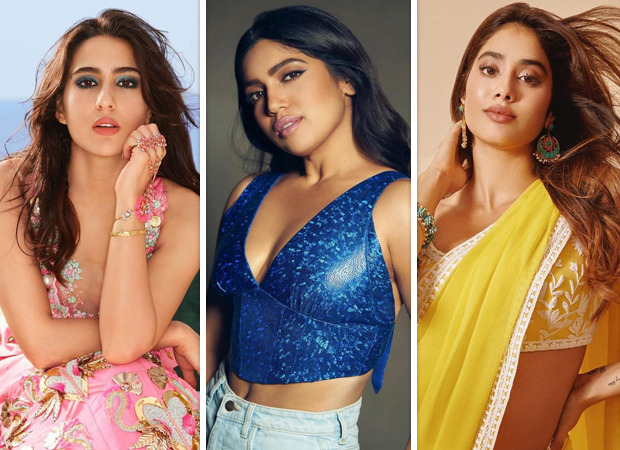 Reportedly, many of the actors and models were introduced to the fraudster by an associate Pinky Irani also known as Angel, 53, who herself took some of them to meet Sukesh Chandrasekhar in jail. Irani, who has been accused by the ED of money laundering and helping Chandrasekhar to establish contact with Jacqueline and send her expensive gifts was arrested last year and recently granted bail by a Delhi court.

Actors Sara Ali Khan Janvi Kapoor and Bhumi Pednear were also approached by Chandrasekhar allegedly through Irani. The ED had filed a supplementary charge sheet detailing the role of Irani in the case earlier this month. The agency also attached the replies by Bhumi, Sara, and Janhvi.

In her reply, Bhumi stated that Irani messaged her saying she was the “vice president (of) HR News Express Post and informed her that their group chairman (Chandrasekhar) is a fan of hers and wanted to speak with her about a huge project and also wanted to gift her a car.”

She also said that “she did not receive any gifts from Chandrasekhar or his associates, including Pinky Irani, nor has she ever met or had any sort of personal interaction, either social or professional, with them.”

Meanwhile, Sara in her reply said that she did not know anyone by the name of Sukesh Chandrasekhar or Shekhar but someone by the name of Mr. Suraj Reddy sent her a message on Whatsapp on May 21, 2021, saying he would like to gift her a car as a family gesture and mentions that his CEO Mrs. Irani has tried to contact her.

The 26-year-old actress said that she constantly refused to accept the gift every time Reddy insisted on accepting the gifts.  “However, after many attempts of refusing him, she did agree on receiving a box of chocolates from him and thereafter he sent a Franck Muller watch along with the chocolates,” the ED said.

Janhvi Kapoor, in her response, said that she was approached by a woman who identified herself as Leena from a company called Nail Artistry and asked her to be a celebrity guest at the launch of a salon in Bengaluru. Janhvi stated that she inaugurated the salon in July 2021 and received a Christian Dior luxury bad a professional fee of Rs. 18.94 lakh in her bank account.

The ED has arrested Chandrasekhar, Paul, Irani, two other co-accused, Pradeep Ramnani and Deepak Ramnani in this case.

ALSO READ: Conman Sukesh Chandrasekhar requests to not project Jacqueline Fernandez in a bad light; says she loved without any expectations