Advance bookings of Doctor Strange in the Multiverse of Madness are in full swing breaking records in India and to the further add to the excitement of Marvel and James Cameron fans, for the first time ever 20th Century Studios will showcase the teaser trailer of Avatar: The Way of Water exclusively in cinemas with the Marvel Big-ticket Entertainer. 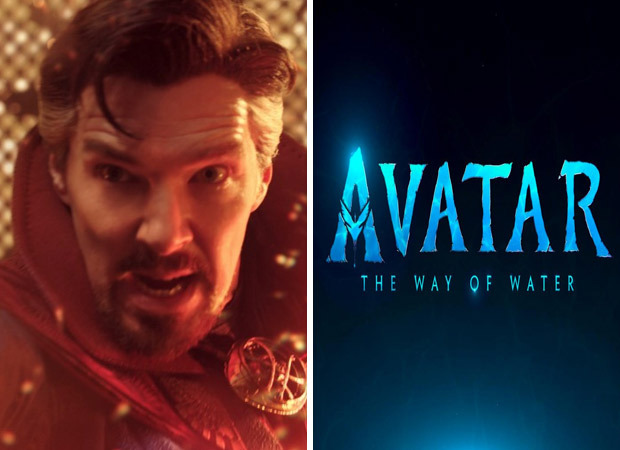 Doctor Strange in the Multiverse of Madness to James Cameron’s Avatar: The Way of Water preview attached; to be exclusively screened in theatres on May 6

As the film gears up for its release this week, the early trend in the numbers showcases an encouraging sign for a big blockbuster start. Disney revealed the title of James Cameron’s long-awaited sequel, Avatar 2, along with a visual treat – the first 3D teaser trailer screened at CinemaCon last week, the annual gathering of movie theater owners that’s currently taking place at Caesars Palace in Las Vegas.

According to Deadline, set more than a decade after the events of the first film, Avatar: The Way of Water will follow the next chapter in the lives of Sam Worthington’s Jake and Zoe Saldana’s Neytiri and begins to tell the story of the Sully family, Jake, Neytiri and their kids, and the trouble that follows them, the lengths they go to keep each other safe, the battles they fight to stay alive and the tragedies they endure. “I know one thing,” Sam Worthington’s Jake Sully tells Zoe Saldana’s Neytiri. “Wherever we go, this family is our fortress.”

According to an earlier report in The Hollywood Reporter, Avatar 2 will reportedly be offered in a wide variety of formats to support the range of movie theater configurations in the U.S. and around the world, including 3D and 4K, and incorporating a high frame rate of 48 fps. In fact, there will be more versions of Avatar 2 than any movie “in the history of movies,” asserted John Fithian, president, and CEO of the National Association of Theater Owners, at CinemaCon on Tuesday. “We are talking about high resolution, high frame rates, 3D, IMAX, PLF, different sound systems, and in 160 different languages. He is working very closely with our members around the world to show his movie in the best possible way,” he says. “Jim is uniquely driven. He’s brilliant.”

Doctor Strange in The Multiverse of Madness in theatres in English, Hindi, Tamil, Telugu, Kannada and Malayalam on May 6, 2022.