It’s finally happening! The two action stars of Bollywood, Akshay Kumar, and Tiger Shroff, are coming together for a project. Back in December 2021, it was reported that the two stars are in talks to headline Bade Miyan Chhote Miyan. Interestingly, it has the same name as Amitabh Bachchan and Govinda’s 1998 film but it is not a remake. Helmed by Ali Abbas Zafar, it will be an out-n-out action entertainer and expected to be mounted on a huge scale. Now, production house Pooja Entertainment is all set to make the announcement on Sunday. 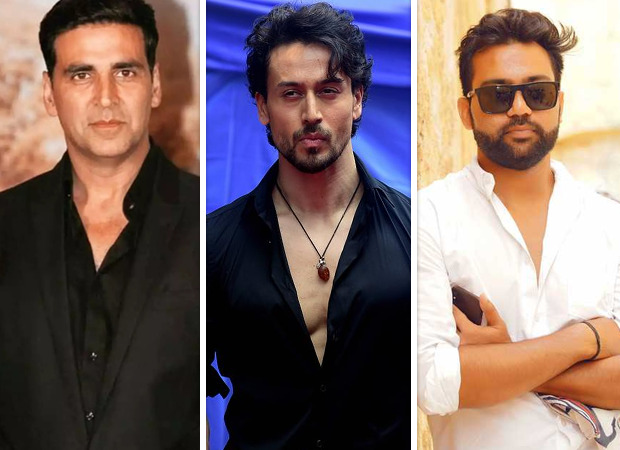 According to a source, “The producers of Bade Miyan Chhote Miyan, Vashu Bhagnani, Jackky Bhagnani, and Deepshikha Bhagnani, will officially announce the film starring Akshay Kumar and Tiger Shroff on Sunday, February 5, 2022, at 12:30 in the afternoon. The film is one of the biggest projects in their upcoming slate of projects bringing two generations of action stars together for the very first time. The film, which is already in the pre-production stage, will be helmed by Ali Abbas Zafar and is expected to be one of the large-scale films.”

Adding to that, “The action-comedy, likely to have the same name as 1988 movie but it won’t be a remake. The high-octane entertainment in the film will be amped up as Akshay Kumar and Tiger Shroff, both, are known for their larger-than-life action scenes. The actors recently came together to do a photoshoot.”

Apart from Ali Abbas Zafar stepping in as the director, the film is expected to go on floors once Ali is done with the work on his current assignment with Shahid Kapoor.

Meanwhile, Akshay Kumar has an array of line-up including Prithviraj, Ram Setu, Bachchan Pandey, Gorkha, Ratsasan remake, Mission Cinderella, Raksha Bandhan. Tiger Shroff, on the other hand, has Heropanti 2, Baaghi 4, and Ganapath Part 1. Ali Abbas Zafar has two projects lined up – one with Katrina Kaif and another one with Shahid Kapoor.