American writer-director-producer James Gunn is engaged to Peacemaker actress Jennifer Holland. Gunn took to his Instagram to announce the news. 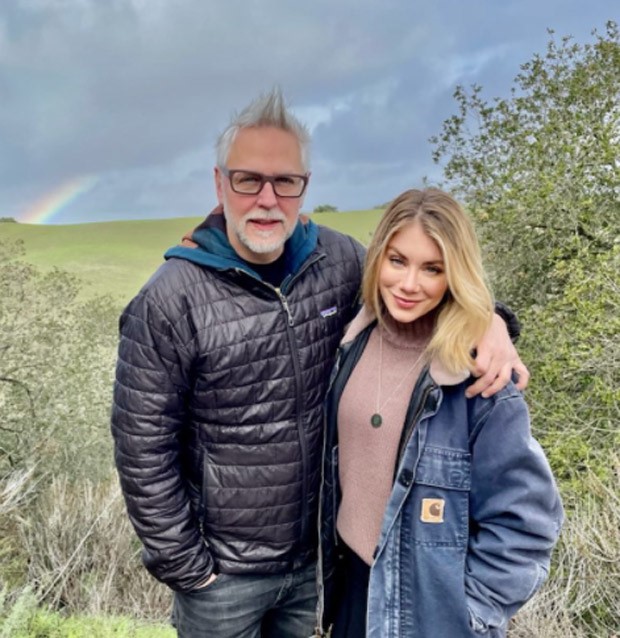 On Sunday, Gunn posted a photo of his longtime partner, Jennifer Holland, sipping from a mug while showing off diamond ring on her left ring finger. He captioned the photo simply with two emojis: “????”

The Hollywood Reporter then confirmed that the post is indeed an engagement announcement.

For her part, Holland commented with an emoji of her own: “????” Earlier in the day, Holland also posted a photo of her and Gunn on Instagram with a rainbow behind the couple, captioning the image: “Happiness. ???? ”

The couple have been together since 2015. They were introduced by Gunn’s friend Michael Rosenbaum, known for his role as Lex Luthor in the TV series Smallville, who was dating one of Holland’s friends at the time. Rosenbaum had offered to set them up after the director saw a photograph of Holland and asked who she was. When Rosenbaum’s then-girlfriend approached Holland with the idea of a setup, Holland admitted she had never heard of Gunn, despite the fact he had become pretty much a household name with Guardians the previous summer.

On the work front, James Gunn’s credit include a range of superhero-centric projects from HBO Max’s Peacemaker to films including The Suicide Squad and the Guardians of the Galaxy franchise. Meanwhile, Gunn and Holland are not only romantically involved but also have worked together as well, with her playing Emilia Harcourt in The Suicide Squad and reprising that role in Peacemaker, opposite John Cena. Her other credits include the TV series Sun Records and American Horror Story.

James Gunn was previously married to The Office star Jenna Fischer; they split in 2007 after six years of marriage. He is currently directing Guardians of the Galaxy Vol. 3 for Marvel Studios, with a second season of Peacemaker officially on the way for HBO Max.