Hollywood actor Johnny Depp concluded his third day of testimony in Fairfax, Virginia courtroom for his $50 million defamation trial against his former wife Amber Heard. In the courtroom, much of the afternoon was devoted to the reading of graphic text messages sent by Depp, and the airing of audio and video of his angry outbursts and confrontations with Heard, revealed under cross-examination conducted by Heard’s lawyer Ben Rottenborn on Thursday morning, 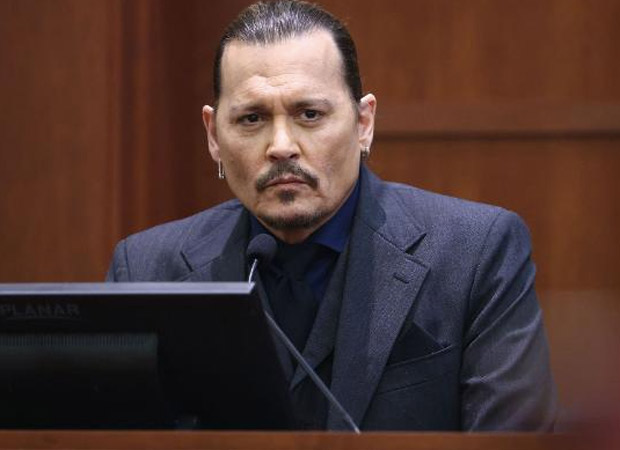 Evidence of text messages from Depp to some of his friends, including Marilyn Manson and actor Paul Bettany, also surfaced that referenced his drug use during the time he was in a relationship with Heard. Deadline reports, as one audio clip ran near the end of the day’s proceedings, Depp, on the witness stand, wiped his eyes with his hand before grabbing a tissue. The audio was from July, 2016, after the couple filed for divorce and Heard sought a restraining order against him.

Depp looked down at a computer screen as the audio was played. “Where do you want the scar?” Depp says. Heard pleads with him, “Don’t cut your skin. Please do not cut your skin. Why would I do that. Please do not do that. Please don’t cut yourself.” Heard’s attorneys unleashed a barrage of messages throughout the day to try to show that Depp used violent language in texts with his wife. Before some exchanges were read in court, Depp said he “wasn’t proud of any of the language” that he used in the text messages.

In one, read by Heard’s attorney, Depp wrote, “The only reason we go for the throat is love.” Heard wrote back, “My throat is yours. You’re going to be the death of me, but I don’t care.” Depp wrote back, “I have other uses for your throat which do not include injury.” In the witness stand, Depp asked, “I’m sorry, could you read that again.” Some in the courtroom laughed. Another series of texts were shown from May 22, 2016, the day after Depp and Heard’s confrontation at their downtown Los Angeles penthouse that led to her claim that he struck her, leaving her to seek a restraining order. “Sorry, I’m just leaving Amanda’s birthday now,” Heard wrote.

“Just let me know when you have a minute. And I’ll give you a call…Nothing I have to say to you should elicit anything but, a sense of ease…All my love and profound apologies…” Recordings of Depp threatening to self-harm were also

played. Heard’s attorneys also played a video that Heard took of Depp slamming his kitchen cupboard and breaking other objects. In it, he pours a tall glass of wine. “Have you drunk this whole thing this morning?” Heard asks, before he discovers that she had been recording with her phone, he appears to throw it.

“Clearly I was having a bad time,” Depp told the court. He acknowledged that he “did assault a couple of cabinets, but I did not touch Miss Heard.” He said that Heard had illegally recorded the video, and that “the most interesting part” was that she was shown smiling at the end of it. “One does stray from complete control over their emotions at times, and that is very normal primal thing to do,” Depp said. Another audio clip was played where Depp is heard using the “C” word about Heard, followed by the sound of what appeared to be him throwing up.

In a text that Depp sent to Heard’s father, David, in late December, 2015, the actor wrote, “Yes, I fucked up and went too far in our fight.” Depp said that the text didn’t refer to a “physical fight.” Rottenborn also played an audio from earlier in the month which seemed to reveal that Depp also got physical in a confrontation. “I head butted you in the fucking forehead. That doesn’t break a nose,” Depp tells Heard. “I did say those words, but I was using the words that Miss Heard was using, but there was not an intentional head butt,” Depp said. “If you want to have a peaceful conversation with Ms. Heard, you might have to placate a little bit.”

The jury will reportedly return on Monday, at which time the cross examination will continue.

Also Read: Johnny Depp says he will not work on Disney’s Pirates of The Caribbean 6 even if offered $300 million during defamation trial