Junglee Pictures has announced its next high-concept thriller titled Click Shankar. “Click” synonymous to a camera click for his much more than photographic memory recall, “Shankar” Rebeiro is a cop who never forgets a sight, sound, taste, smell or feeling. 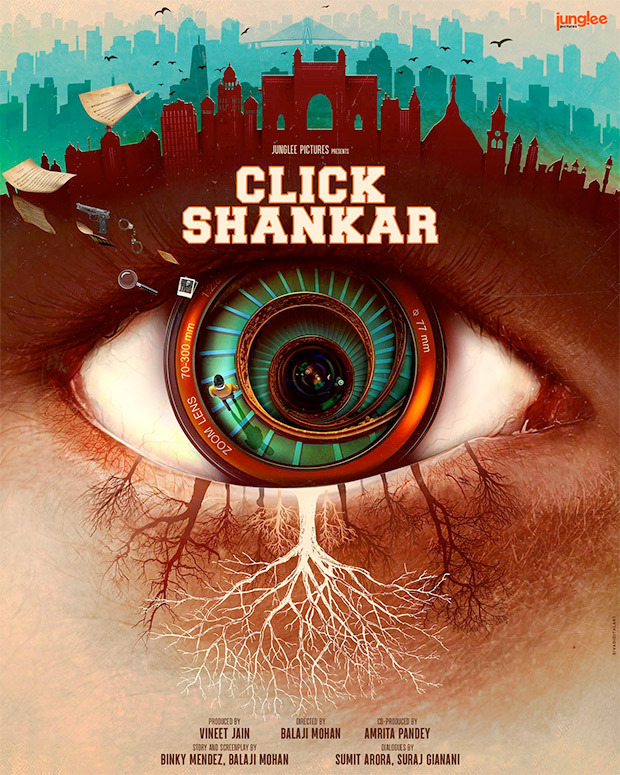 Unravelling the mystery, will be a one-of-a-kind lead character – a witty yet troubled inspector who remembers everything, that is both a boon and curse for him. Shankar Rebeiro has a rare condition called Hyperthymesia, which enables him to remember every event of his life, (contrary to the popular character from Ghajini), ensuring that the past is never quite behind him. Following Shankar’s journey through a roller coaster of emotions and suspenseful twists and turns, this character-driven subject is a perfect blend of action, humour and heart. Complementing the protagonist will be a strong female lead to match his sharp charisma and add an essence of intrigue to this narrative.

The film to be helmed by acclaimed director Balaji Mohan, who brings in his unique comic sensibility as seen in films like Maari 1 and 2 and Kadhalil Sodhappuvadhu Yeppadi. The story and screenplay is written by Binky Mendez alongside Balaji Mohan, and dialogues are by Sumit Arora (Stree, The Family Man – Season 1) and Suraj Gianani.

Director Balaji Mohan shares, “This film needed a unique vision for its treatment with the protagonist being an original, one-of-a-kind character. An amalgamation of something deep, dark & edgy being wrapped with humour to keep the audience guessing and at the edge of their seats till the end. These synergies wouldn’t have matched better with anyone other than the Junglee Pictures team and developing this project with them has been a superb experience. I found this to be the perfect film to make my debut in Hindi cinema with, and we cannot wait to present all that is in the making.”

Junglee Pictures CEO, Amrita Pandey shares – “The concept of Click Shankar originated from within the Junglee Pictures’ creative team as a character driven franchise. Binky’s distinctive writing expertise on the story and screenplay along with Balaji’s mastery of commercial sensibilities and well-defined mass appeal have enhanced the narrative of this film. Sumit & Suraj have taken it to the next level with the sharp and entertaining dialogues. More importantly, there is heart to this thriller genre, making it an exciting opportunity to create something unique.”

Junglee Pictures is all set for 2022 with an exciting slate of upcoming films, starting with Doctor G, Woh Ladki Hai Kahaan?, Dosa King, Ulajh and Click Shankar to name a few.