The trailer for Kangana Ranaut’s upcoming film Dhaakad was released on Friday. At the press conference, Kangana was asked a bunch of questions regarding her project and the entertainment industry. She also chimed in about the ongoing debate on Hindi language that led to Ajay Devgn and Kichcha Sudeepa’s Twitter spat when former asked why South language films are being dubbed in Hindi if it is not the national language. 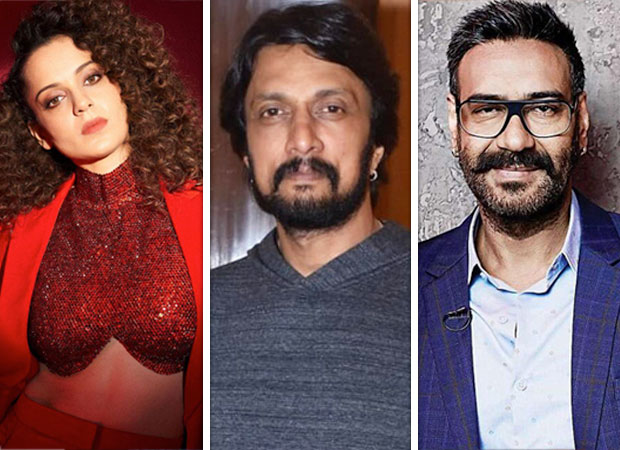 Kangana Ranaut weighed on the controversy. “There is no direct answer to this question. We are a country with a lot of diversity, multiple languages, and cultures. Everybody has a birthright to take pride in their language and their culture. I am a Pahadi, and I take pride in it,” Kangana said.

“If you ask me which language should be the national language, then I think it should be Sanskrit. Sanskrit is older than Kannada, Tamil, Gujarati, or Hindi. All these languages have come from Sanskrit. Then why hasn’t Sanskrit become the national language and Hindi? I don’t have an answer to this. These are the decisions taken at that time (when the Constitution was written),” she said.

She continued, “Having said that I do not have the answer to why instead of Sanskrit, why Hindi is chosen as the national language. But now that the decision is made, if you do not obey it, you are denying the Constitution.”

“Hindi is our national language, so whatever Ajay sir said is right. But I understand the sentiment of Sudeep and he is not wrong either,” she went on to speak on the controversy.

Also Read: Kangana Ranaut says South films doing well in Hindi has been long due; claims Bollywood should not be surprised