South Korean zombie apocalypse drama All of Us Are Dead remained on top on Netflix’s weekly viewership chart for the second consecutive week and now it debuts as Netflix’s fifth most popular non-English-language series. 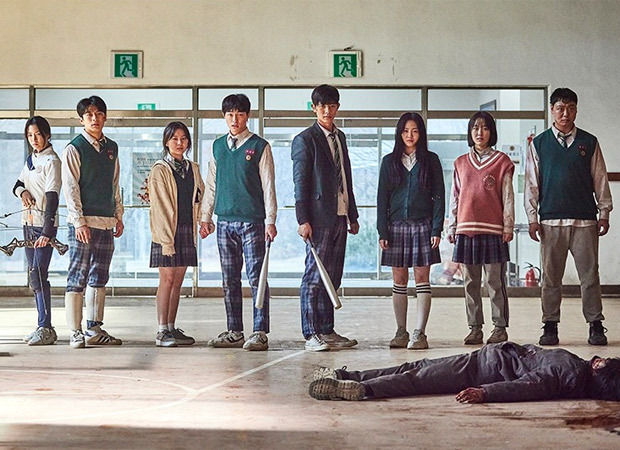 According to Variety, on Tuesday, the recent zombie thriller debuted on Netflix’s all-time rankings, which tracks the streaming service’s Top 10 most popular non-English TV series based on hours viewed in their first 28 days on Netflix, in the fifth-place slot with 361 million hours. Its entrance bumps ‘The Queen of Flow’, previously at 10th, off the list.

While the South Korean mega-hit survival thriller Squid Game still tops the charts with no.1 position as it garnered 1.65 billion hours viewed in its first 28 days post-launch, Money Heist parts 4, 3 and 5 remain in slots 2, 3 and 4, respectively. With All of Us Are Dead now in fifth, Café con aroma de mujer now stands at No. 6, Lupin Part 1 at No. 7, Elite Season 3 fell to No. 8, the first season of Who Killed Sara? went to No. 9 and Elite Season 4 now at No. 10.

Premiered January 28, All of Us Are Dead revolves around a set of high school students who are trapped inside their school campus amidst a zombie-virus outbreak. The students must fight their way out or turn into one of the rabid infected. The series is adapted from a webtoon, “Now at Our School” by Joo Dong Geun, which was published between 2009 and 2011.