In what’s deemed to be the age of novel pairing, Sudhir Mishra and Anubhav Sinha have pulled off a true-blue head-turner of sorts. The last we heard was that long-time friends Sinha and Mishra are collaborating on a project. Now, the duo is finally ready to spill the details of their much-awaited quirky thriller. Titled Afwaah, Sudhir is all set to helm this rollercoaster ride of a story, produced by Bhushan Kumar’s T-Series and Anubhav Sinha’s Benaras Mediaworks. The film’s biggest win is its unique cast with Nawazuddin Siddiqui and Bhumi Pednekar leading the pack. Both Nawaz and Bhumi are such prolific actors in their individual spaces, but together they are going to be a hoot. 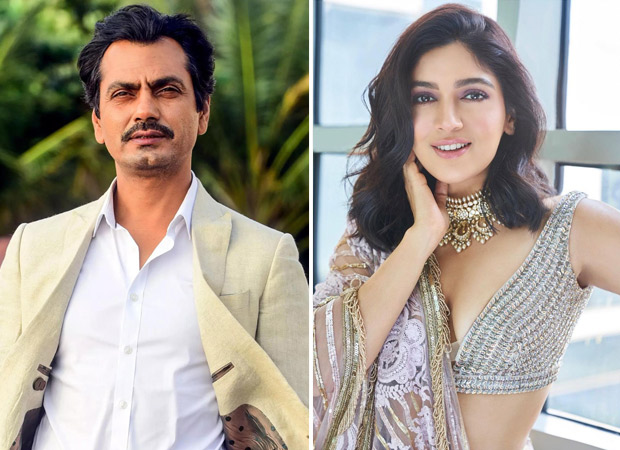 Producer Anubhav Sinha says, “Afwaah is a novel story rooted in the heartland of India and I am very excited to have this powerhouse of talent to the front lead it. Once we locked Nawaz and Bhumi, we knew we had found actors who’ll take the material off-page and create magic with it.”

Discussing the project, Mishra tells us, “It’s a story I have lived with for a long time and I have only worked each day to make it quirky and twisted. Beneath all of the quirkiness lies a crucial message which I want my viewers to take back home with them. Bhumi and Nawaz are both such powerhouse performers and together they bring fresh chemistry. I can’t wait to be on set with them.”

Producer Bhushan Kumar of T-Series adds, “Everytime I work with Anubhav Sinha, it’s an association worth remembering. What started with Thappad, has now fructified into a long-term bond that extends over multiple movies. With Anek and Bheed, I have seen his grit and ability to tell masterful stories. Sudhir Mishra, is a filmmaker with a fiery unputdownable voice and with talents like Bhumi and Nawaz, the film will only soar to greater heights.”

Nawazuddin Siddiqui says, “Working with Sudhir on Serious Men was one of the most enjoyable experiences of my career. Collaborating with him once again and that too on such a unique subject is such an honour. Both Anubhav and Sudhir are known to delve into larger socially relevant subjects. I value that their cinema is about making a difference. I am glad to be part of a project where they both are collaborators. Bhumi is a fine actor and the chemistry with her will be worth exploring. This will be my first with T-Series and I am looking forward to it.

Bhumi echoes the sentiment adding, “Nawazuddin Siddiqui is easily one of best actors we have in the country. When you are working with such a proficient actor, it makes you want to double your effort. Sudhir sir has always been on my bucket list. It is even more special because I am collaborating with Anubhav Sinha and Bhushan Kumar again after Bheed. I am extremely thrilled to be a part of this project.”

What strikes most about the film more than its talented actors, fine director, and solid producers, is its catchy title. AFWAAH which literally translates to rumours evidently takes on the subject of rumor-mongering and misinformation. How Sudhir handles the subject is an interesting one to look out for. Meanwhile, the makers are expected to begin workshops this month. The film will be on floors soon and will be shot in an elaborate schedule in Alwar, Rajasthan

ALSO READ: EXCLUSIVE: Bhumi Pednekar on playing a queer character for the first time in Badhaai Do- “Many characters from the queer community came my way in the past”