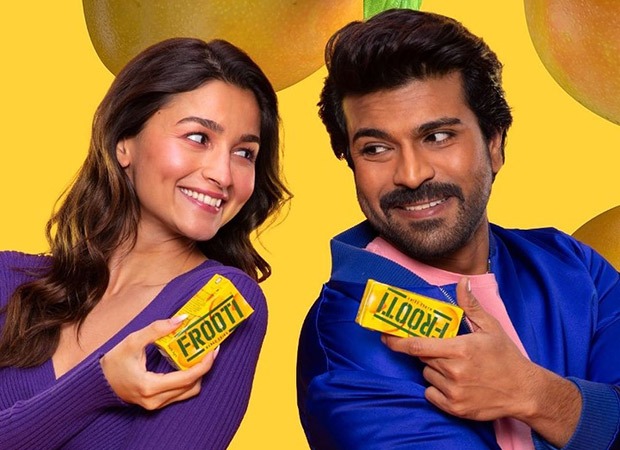 Expressing his delight about the association, actor Ram Charan stated, “I am thrilled and delighted to be a part of the Parle Agro family and to be associated with India’s iconic and evergreen youth brand, Frooti. It’s been my all-time favourite mango drink and to be part of the vibrant and colourful world of Frooti for the ad was surreal. I can’t wait for everyone to watch the upcoming campaign and feel the same excitement as I do.”

Speaking on the occasion, Nadia Chauhan, Joint Managing Director & CMO, Parle Agro said, “I’m excited about entering into an action-packed summer after a two-year hiatus. We kick start our season announcing Ram Charan and Alia Bhatt as the face for Frooti; both admirable personalities whose appeal and popularity is rooted deep in the hearts of the people.”

A year ago, Alia Bhatt had featured alongside Allu Arjun in an ad campaign for Frooti when the Pushpa star was also a brand ambassador of the product.

ALSO READ: RRR: Ram Charan and Jr NTR cool down in an open field as producers drop a funny picture