Bollywood’s most anticipated film Heropanti 2 is gearing up for its theatrical release on 29th April 2022. The forthcoming film is all set to introduce the newest techniques in the world of action. Heropanti 2, which is bankrolled by Sajid Nadiadwala is said to be a well-invested film in terms of productions and promotions. And amidst the release of the forthcoming film, the makers are leaving no stone unturned to brace audiences for its premiere. 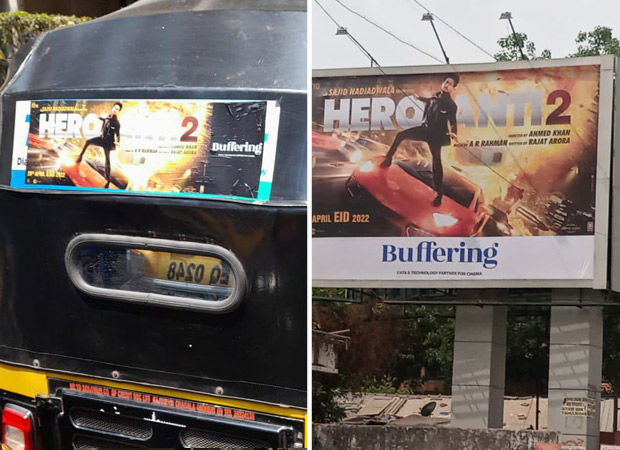 Sajid Nadiadwala leaves no stone unturned for the promotion of Tiger Shroff’s Heropanti 2; 450 hoardings and 40,000 autos used for branding

After the release of Sooryavanshi, Heropanti 2 is the first film post-pandemic to go all out in terms of promotions as the makers are branding the film in and out through 450 hoarding and 40,000 autos. Heropanti 2’s latest promotional strategy was highly acknowledged and appreciated by the audience. The idea was to educate the people about the importance of saving the tigers. For which, the makers had hung a hoarding in Taboada National Park, which read ‘Tiger and Babloo dhoondne se nai… Kismat se milte hai’

As the Tiger and Tara starrer flick is around the corner, the excitement about the film is also high. Considering the same, Sajid Nadiadwala and the team are making sure that they do everything to engage with their audience and promote the film.

The blockbuster combination of Tiger Shroff and Sajid Nadiadwala is all set to hit your nearest screen on 29 April 2022. With never before seen action, Tiger Shroff is ready to entertain us with his latest actioner. Apart from Tiger, the film also features Tara Sutaria and Nawazuddin Siddiqui in the lead roles. Directed by Ahmed Khan, Heropanti 2 is written by Rajat Arora and music by AR Rahman.