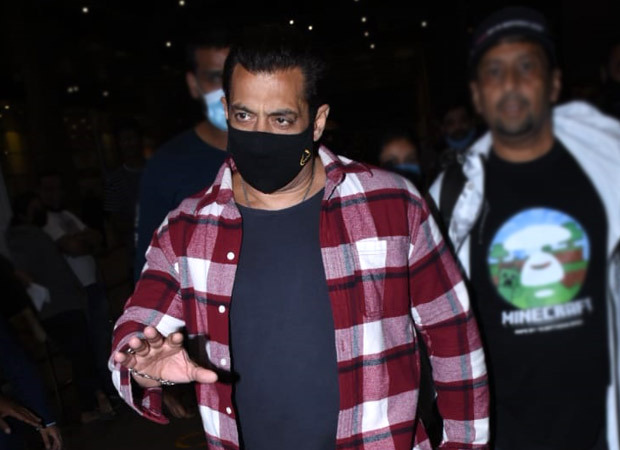 After the electrifying performance, Salman Khan returned to Mumbai on Saturday night. He was spotted at the airport dressed in a checked shirt with shades of red, black, and white. He styled it with a grey T-shirt and paired it with black denim.

Meanwhile, for the performance in Dubai, Salman grooved to several of his hit songs. In one of the videos, the superstar is seen dancing to the classic song ‘Jeene Ke Hai Chaar Din’ and the crowd went crazy when he did the iconic towel dance. The star also performed enthusiastically to the song ‘Slow Motion’ from his film Bharat. He also performed to the iconic song ‘Dil Deewana’.

On the work front, Salman will soon be wrapping up the shoot of Tiger 3 with Katrina Kaif. Post that he will start shooting for Kabhi Eid Kabhi Diwali with Pooja Hegde.