Veteran singer Lata Mangeshkar passed away on Sunday, February 6 following a multi-organ failure. A state funeral was organized to pay homage to the celebrated singer, who sang over 25,000 songs in her vast career. Bollywood superstar Shah Rukh Khan was in attendance to pay his last respects. Interestingly, his film Veer Zaara was the last full album Bollywood film where Lata Mangeshkar had crooned songs. 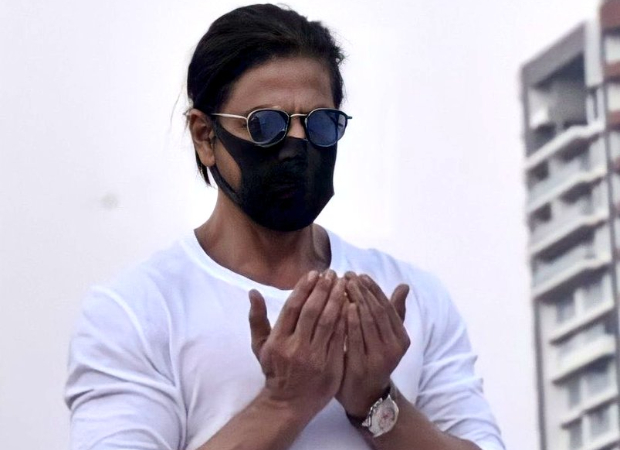 At the state funeral, the actor offered dua and said a prayer while paying his respects. Following the Islamic ritual, he blew into the wind when he was done praying and removed his mask for a few seconds. He was accompanied by his manager Pooja Dadlani, who was also offering prayers right beside him. This glimpse was captured from multiple angles and instantly went viral on social media. Some turned the moment into something no one expected as some called it ‘spitting’. Many asked out why he was offering a dua while many said it represented what India is.

Soon enough, celebrities and fans came forward with massive support for Shah Rukh Khan after he was being targeted online.

Fringe targetting @iamsrk by falsely accusing him of spitting at #LataMangeshkar Ji’s funeral should be ashamed of themselves. He prayed & blew on her mortal remains for protection & blessings in her onward journey. Such communal filth has no place in a country like ours ???????????????? pic.twitter.com/xLcaQPu1g8

His fans sharing the picture; call it a nice gesture.

Most people call it a nice tribute and a superstar being there and paying his respects tells you about the loss.

But, of course, vile right-wing folks would play their character. pic.twitter.com/50RDlp96KG

Shah Rukh Khan reading a dua and blowing on Lata ji’s mortal remains for protection and blessings in the next life. Cannot comprehend the level of bitterness of those saying he is spitting. pic.twitter.com/JkCTcesl86

#SRK has always overcome and risen above hate. Nothing has stopped him to go with his faith and belief. @iamsrk pic.twitter.com/VNtKhl2jzy

These two pictures is enough to tell you who is Shah Rukh Khan ❤️???????? pic.twitter.com/OqFK54xVAH

On the work front, Shah Rukh Khan will make his long-awaited return to cinema with YRF’s Pathan alongside Deepika Padukone and John Abraham.