Rohit Shetty and Prime Video have come together to create India’s Biggest Action series called – Indian Police Force. The series will now see a new entrant – Shilpa Shetty who will be playing a cop in the show. The show promises to be everything audiences have come to expect from a Rohit Shetty spectacle, and more! With Rohit’s proven success in directing and presenting high-octane action blockbusters and headlined by actor Sidharth Malhotra, the Amazon Original Series aims to create a new benchmark for streaming series in India. 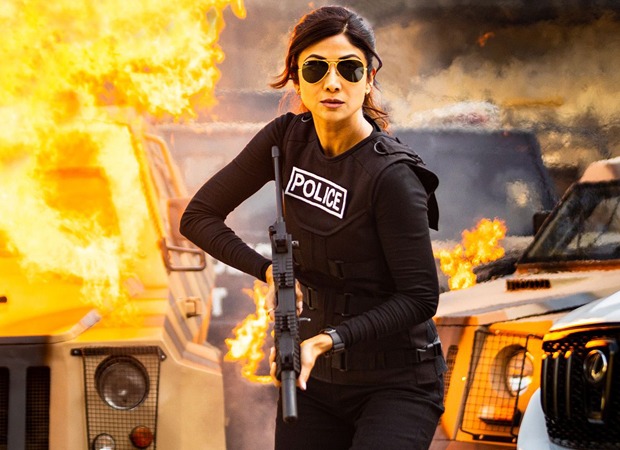 Shilpa looked smashing in the first look poster from the series. Dressed in an all-black outfit with the police vest on and holding a gun, the actress looked tough in her new avatar. “Ready to set the OTT platform on fire for the first time. Superrr Thrilled to join The Action King Rohit Shetty in his Cop Universe,” Shilpa wrote sharing the first look.

The makers recently gave us a glimpse of Sidharth Malhotra who has made his entry into the Rohit Shetty’s cop universe. The fiction series proudly pays an ode to the selfless service, unconditional commitment, and fierce patriotism of our police officers across the country who put everything on the line in their call of duty to keep us safe.

Director-Producer Rohit Shetty said “Indian Police Force is a very special one for me and I’ve been working on it for years. I’m delighted to be collaborating with Amazon Prime Video to breathe life into this story which will transcend geographies and linguistic barriers, providing me an opportunity to showcase the same to audiences worldwide. I am super excited to be working with the amazingly talented Sidharth Malhotra in this series. I have always strived to push the envelope of action-first entertainment and with this series, I am confident we will create a new benchmark.”

The series is currently filming.