Sony Pictures International Productions has acquired film adaptation rights to Chetan Bhagat’s 2016 acclaimed novel ‘One Indian Girl,’ which broke pre-order records on Amazon India in just its first two hours and was the leading title on pre-orders the site has ever witnessed at the time since its inception in 2013. 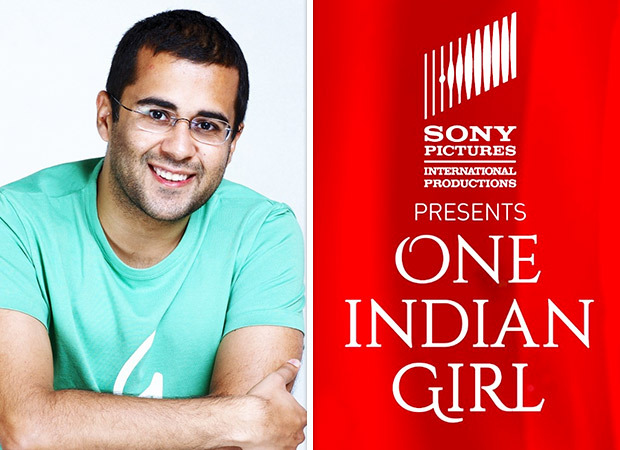 “As the film market continues to boom in India, we’re continuously looking for exciting content that stands out from both a creative and cultural perspective, and we’re thrilled to adapt and produce Chetan Bhagat’s book for the big screen,” said Shebnem Askin, Co-Head of Sony Pictures International Productions.

Bhagat’s book revolves around an Indian girl who is intelligent and successful and finds it difficult to find love. An author of nine blockbuster novels, Bhagat was named by TIME magazine as one of the “100 most influential people in the world” in 2010, and Fast Company, the USA listed him as one of the world’s “100 most creative people in business.”

Bhagat has sold over 10 million books and is cited by The New York Times as “the biggest selling author in India’s history.” Previous film adaptations of his books include the blockbuster 3 Idiots, 2 States, and the award-winning hit Kai Po Che.

Author Chetan Bhagat adds, “It is always exciting when a story you have written is interpreted cinematically. The fact that Sony Pictures International Productions has acquired the film adaptation rights to ‘One Indian Girl’ is particularly promising because this is the studio behind some of the biggest films of our times and I cannot wait to begin this exciting journey with this energetic team. This story has both a national and international appeal and I cannot wait to see it on the big screen.”

The Hindi film based on the bestselling novel is one of the several films from Sony Pictures International Productions that go into development this year in India. The cast and crew for the film are still being finalized and more details will be released at a later date. Lada Singh, Director of Creative Affairs for the Indian arm of Sony Pictures International Productions, was instrumental in landing the deal.