While the 2021 blockbuster Spider-Man: No Way Home is still running in theaters since the mid-December premiere, the film’s Blu-ray/digital release is on the way containing 100 minutes of bonus content, giving fans an extra dose of Tom Holland’s latest web-slinging adventure. 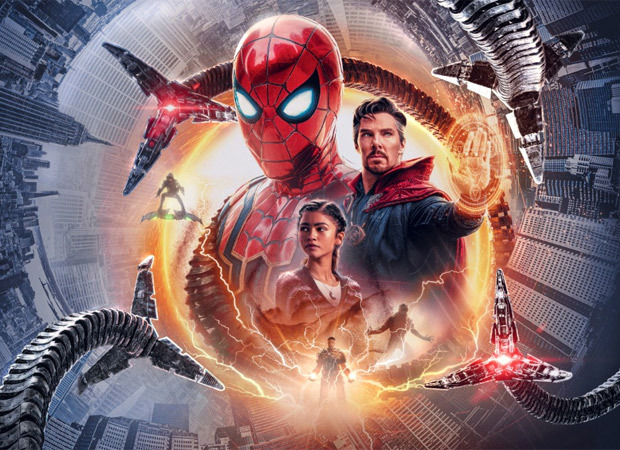 As per a list shared by a movie insider on Twitter, the bonus content contains a total of five deleted scenes from the film, including extra footage of surprise co-stars like Charlie Cox (Matt Murdock/Daredevil), and the returns of former Spider-Men Andrew Garfield and Tobey Maguire.

“The Spideys Hangout” clip which is more than 4 minutes, features a bonus scene where fans, who can’t get enough of the three Spider-Men, can luckily witness a little more of Tom Holland, Andrew Garfield and Tobey Maguire scenes together. All three live-action versions of the web-slinging hero came together for the first time for Marvel’s Spider-Man: No Way Home.

The 100-minute bonus content also includes a deleted scene that features Charlie Cox’s Matt Murdock/Daredevil in the scene titled “Happy’s Very Good Lawyer”, slightly hinting us of the fact that it was Happy who brought Daredevil into the picture representing Peter Parker as his lawyer.

The “Happy’s Very Good Lawyer” clip is about the scene where Matt Murdock and Peter Parker along with Happy Hogan (Jon Favreau) and Aunt May Parker (Marisa Tomei) were seen discussing their legal battle for when Peter was falsely accused of Mysterio’s (played by Jake Gyllenhaal) death in Spider-Man: Far From Home.

Also Read: Andrew Garfield did not even The Amazing Spider-Man co-star Emma Stone about his appearance in Tom Holland’s Spider-Man: No Way Home – “It was hilarious”