The much anticipated Kiara Advani and Kartik Aaryan starrer film Bhool Bhulaiyaa 2 will hit the theatres on May 20, 2022. Apart from Kartik and Kiara, the film also stars veteran actress Tabu in a pivotal role. The principal photography of the film began on 9 October 2019 while its shoot got delayed multiple times owing to the Covid-19 crisis. 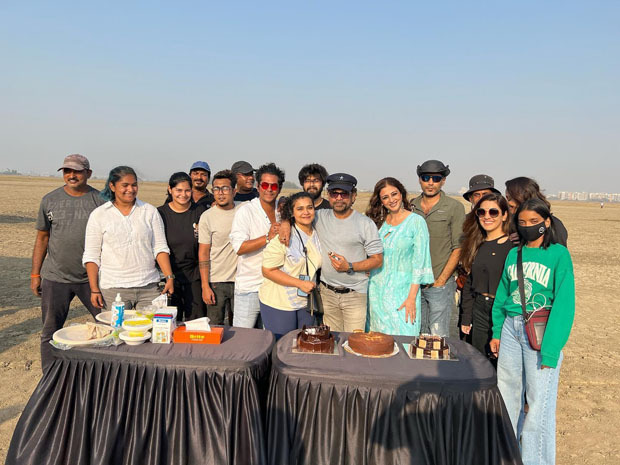 Now, the film has finally wrapped its shooting and the news has been shared by Tabu on her official Instagram handle. Taking to Instagram, Tabu shared a picture from the last day of the sets. The picture managed to capture the entire cast and crew of the film in one frame. In the picture, the entire crew could be seen coming together for the celebrations and cake cutting. Sharing the picture, Tabu in the caption wrote, “All’s well that ends well. Our journey of making Bhool Bhulaiyyan 2 comes to an end today.”

As per the film, Bhool Bhulaiyaa 2 also stars Amar Upadhyay and Rajpal Yadav. It is a sequel to director Priyadarshan’s 2007 film featuring Akshay Kumar and Vidya Balan in lead roles. The sequel is being directed by Anees Bazmee and is written by Farhad Samji and Aakash Kaushik. Produced by Bhushan Kumar, Murad Khetani, and Krishan Kumar under the banner of T-Series and Cine 1 Studios, the film is scheduled to hit the screens on 20th May 2022

ALSO READ:Kartik Aaryan and Kiara Advani starrer Bhool Bhulaiyaa 2 to have a theatrical release on May 20, 2022