Actor Tahir Raj Bhasin is the man of the moment in the web series space. Being hailed as the new star of OTT after delivering a hat-trick of hits with his incredible performances in Yeh Kaali Kaali Ankhein, Ranjish Hi Sahi and Looop Lapeta, Tahir reveals he is launching his own chat show on social media called Talking Craft that will enable him ‘to interact with some of the best creative forces of our industry’. The first guest on the show is his co-star from the superhit web series Yeh Kaali Kaali Ankhein, the sensational actor Shweta Tripathi. 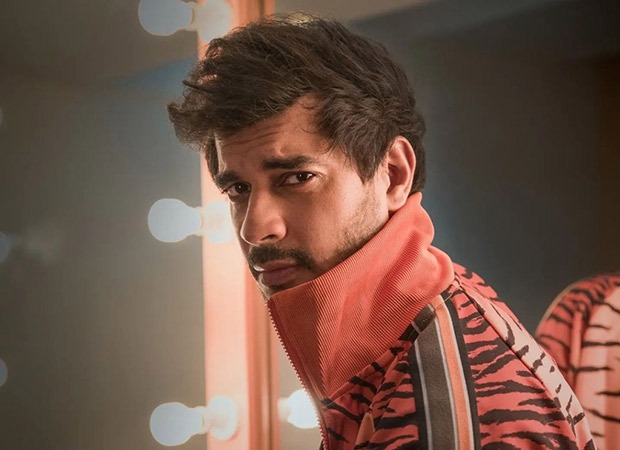 About his show, Tahir reveals, “Growing up, as a film enthusiast, I used to seek out in-depth conversations by brilliant creative minds. I was more interested to know and learn about their approach to their craft. I’m exactly the same today and I only look to engage and learn from my co-actors constantly. I’m sure there are many like me, actors or film lovers, who would love to hear what goes on in an actor’s mind before a scene is filmed, what are the unique preparation methods of brilliant actors, right from the horses mouth.”

He adds, “Ever since the social media boom happened, I have been toying with the idea of creating a platform that enables me to interact with some of the best creative forces of our industry and learn in detail what makes them and their processes so special because they deliver power-packed, crackling performances that amazes everyone. So, I’m thrilled to announce that I’m launching my very own social media property called Talking Craft.”

Tahir further says, “This will enable me to speak to my fellow actors from the industry and delve in detail how they deliver magic on screen. My first guest is one of my most talented co-stars, the incredible Sweta Tripathi, who I had the good fortune to be paired opposite in our hit web series Yeh Kaali Kaali Ankhein!”

ALSO READ: “Decibel level of appreciation has been loud and clear” – Tahir Raj Bhasin on Yeh Kaali Kaali Ankhein getting renewed for season 2