Each day a lot of things happen in the world of Bollywood. From new film announcements to celebrities being spotted with their rumoured partners, to of course social engagements, Bollywood News, and celebrations. Rounding up the rather active day in a comprehensive way, Bollywood Hungama brings to you a specialized way to catch up on the latest Bollywood news. So, Akshay Kumar memes breaking the internet, to Priyanka Chopra Jonas talking about 2022 being life-changing, to details of the Tiger Shroff – Tara Sutaria starrer Heropanti 2 having a grand trailer launch, here are today’s latest top trending entertainment and Bollywood news. 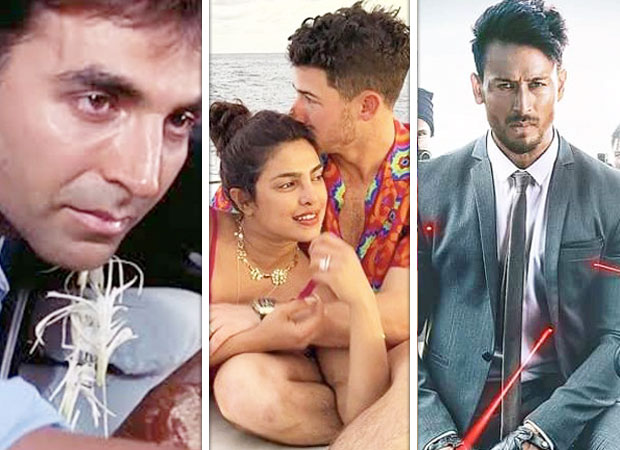 Priyanka Chopra declares 2022 a ‘life-changing year’; discusses her 40th birthday preparations
Priyanka Chopra took a trip down memory lane, reminiscing family vacations as a child. Additionally, she revealed in a new interview that her late father, Dr Ashok Chopra, would make a special seat for her in the trunk of the automobile, complete with ’mattresses and blankets.’ The actor added that her current definition of vacation is to travel like a ‘nomad’ and not to adhere to rigid schedules, in contrast to her mother, Madhu Chopra, and husband, singer Nick Jonas. Priyanka, who recently welcomed her first child with Nick, called 2022 a “life-changing year” for her. See more Here.

Second trailer of Heropanti 2 to be launched at an event in Ahmedabad; Tiger Shroff, Tara Sutaria, Nawazuddin Siddiqui to attend the event
After keeping fans on their toes for a long time, the makers of the upcoming visual wonder Heropanti 2 are all set to surprise fans with the second trailer. This surprise release is said to be a note of reverence from the makers to keep the enthusiasm on a roll among the audience. Tiger Shroff, who is also known as World’s youngest action star, has a huge fanbase in Ahmedabad. It’s never been a time when Tiger’s visit to the city of Ahmedabad has gone unnoticed as the star is one of the most celebrated actors in the cities of Gujarat. Continue Reading.

Sandeep Reddy Vanga’s directorial starring Ranbir Kapoor, Rashmika Mandanna, Anil Kapoor, and Bobby Deol goes on floors
Director Sandeep Reddy Vanga needs no special introduction. He created a sensation with his maiden directorial venture Arjun Reddy and delivered a much bigger blockbuster with its remake Kabir Singh. Sandeep Reddy will be collaborating for the first time with Bollywood star Ranbir Kapoor to offer something much bigger. Bhushan Kumar, Murad Khetani, and Pranav Reddy Vanga together will be producing the film prestigiously on T-Series, Cine1Studios, and Bhadrakali Pictures. See details Here.

CBFC spares the action and intimate scenes in Tiger Shroff-Tara Sutaria’s Heropanti 2; replaces ‘moot’ with ‘thook’
Tiger Shroff debuted 8 years ago with Heropanti (2014) and it instantly catapulted him into stardom. Hence, there’s a buzz for his next film, Heropanti 2. That it’s going to be released during the Eid week (April 29) has also enhanced the buzz. Bollywood Hungama has found out that Heropanti 2 has already secured a censor certificate from the Central Board of Film Certification (CBFC) recently. The film has not got any visual cuts and hence, all the action scenes and kissing moments between Tiger Shroff and Tara Sutaria have been passed without a cut. Read More.