Just last year in December Bollywood actor Vicky Kaushal tied the knot with Katrina Kaif. Post their wedding, numerous reports surfaced about the two being cast for films together. But prior to the wedding, in November, Bollywood Hungama had reported that in fact Vicky and Tripti had been roped in for a rom-com that would be directed by Bandish Bandits fame director Anand Tiwari. Now we hear that joining them will be Ammy Virk as well. 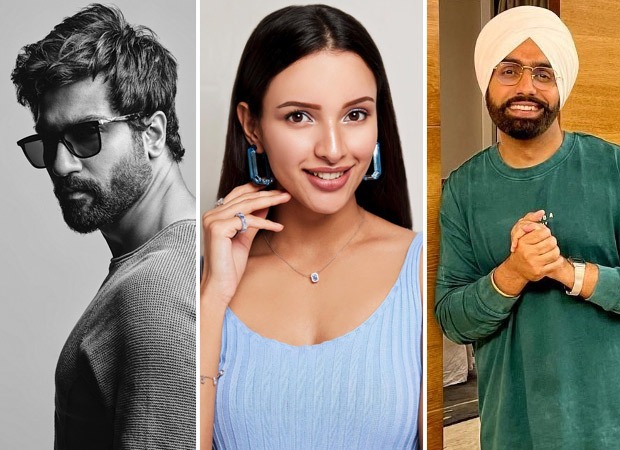 As per reports, the romantic comedy that will see Vicky sporting a new look of a lover boy, went on floor earlier today in Mumbai. While not much details of the film are known, it is clear that Tripti will be paired opposite Kaushal in the film. However, Ammy’s part still remains unknown. As for the release, the makers of the yet untitled venture are looking to hit the screens next year.

In the meantime, Vicky Kaushal is gearing up for release of three films next year. The actor will next be seen in Yash Raj Films’ yet-untitled family drama with Manushi Chillar which will be followed by Shashank Khaitan’s Govinda Naam Mera, and Dinesh Vijan’s rom-com with Sara Ali Khan. Tripti Dimri, on the other hand, has Netflix film Qala with Babil I. Khan, and Animal with Ranbir Kapoor lined up in her slate. She is also doing one more film for Dharma Productions that will be directed by Anubhuti Kashyap, where she will feature opposite Ishaan Khatter.