Hollywood actor Will Smith, who has been making headlines in the past couple of weeks for the slapgate with Chris Rock at the Oscars, has surprised his fans with a visit to India. The actor was seen in Mumbai on Saturday afternoon. This is his first public appearance after the Oscar controversy and the Academy announcing a 10-year-ban from attending the awards ceremony. 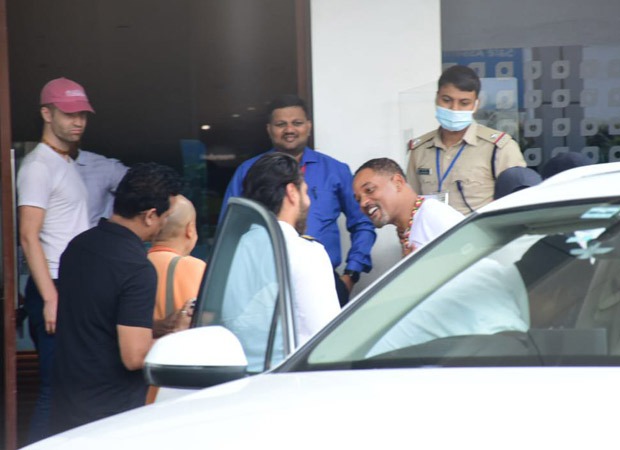 Will Smith makes a surprise visit to Mumbai, spotted at Kalina airport

Amidst all paparazzi, Will Smith was dressed in all white as he greeted a person next to him. He was seen at Mumbai’s private Kalina airport and was all smiles. It is unclear whether Smith’s visit to India is work-related or not.

Meanwhile, Will Smith has been banned from The Oscars for the next 10 years. The actor, who won an Oscar for Best Actor for King Richard, was mired in controversy when he slapped comedian Chris Rock on stage after the latter made a “distateful”  joke about Jada Pinkett Smith. Some of Will Smith’s upcoming projects have been halted for now.

ALSO READ: Will Smith banned by the Academy from attending the Oscars for 10 years after slapping Chris Rock