Kangana Ranaut’s upcoming captive reality show ‘Lock Upp: Badass Jail Atyaachaari Khel’ has sent shockwaves with its challenging format. Content Czarina Ekta R Kapoor is all set to bring this fearless reality show to Indian audiences to stream on ALTBalaji and MX Player for free, starting 27th February. With everyone waiting with bated breath for the contestant reveal, the makers have now announced the fourth celebrity contestant of Lock Upp. 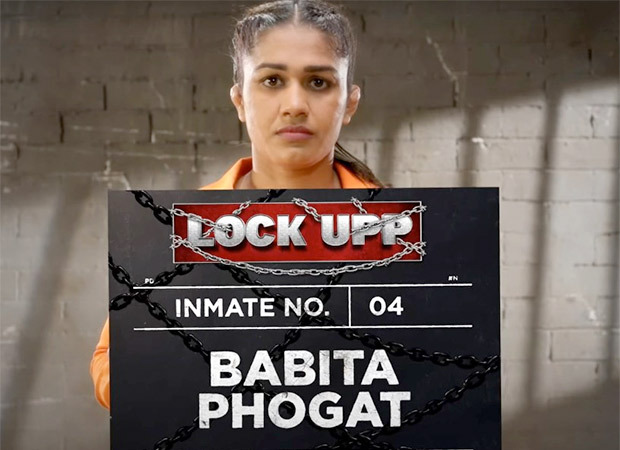 After announcing the name of the first three contestants, including TV actress and model Nisha Rawal, internet sensation Poonam Pandey, stand-up comedian Munawar Faruqui, it is now confirmed that wrestling champion Babita Phogat is the newest inmate on the highly anticipated show.

Babita Phogat has put India on the map by winning India’s first gold medal in women’s wrestling at 2014’s Commonwealth Games. She won silver medals at the 2018 Commonwealth Games, 2010 Commonwealth Games, and a bronze medal at the 2012 World Wrestling Championships and later forayed into politics in 2019. Her aspirational real-life story inspired the Bollywood blockbuster Dangal as she became an icon to millions.

Babita Phogat shares, “I am very excited to get into a show like ‘Lock Upp’ because I have never done a show like this which is live for 24 hours. So I am very glad and excited at the same time to be a part of this show. With this show, People will get to know what I am. Previously the audience has known me from the film Dangal. So, now people will get to know my real personality, my likes, and dislikes, and how I am in my real life as a person.”

As Lock Upp‘s newest inmate, Babita hopes to kill stereotypes, hold under pressure and elbow out the others in the race to the finale.

Lock Upp will be hosted by Kangana Ranaut. The show involves 16 controversial celebrities locked in jail for months without the amenities people usually take for granted.

Lock Upp: Badass Jail Atyaachaari Khel will stream live on ALTBalaji and MX Player, starting 27th February – 2022. There will be 16 popular celebrity contestants locked up in Kangana Ranaut’s jail wherein they will compete for the most basic amenities as they fight for the winner’s title. The remaining super-controversial celebrity contestants will soon be revealed to the viewers who, as a first, can also interact with them and be a unique part of the show and even experience the show in the Lock Upp Metaverse.