ZEE5, India’s largest homegrown OTT platform, has been consistently entertaining viewers for the last four years with premium and diverse content offerings. The platform aims to be home to the country’s best storytellers and as part of this vision, ZEE5 collaborated with Applause and announced a multi-show partnership at the end of last year. After successfully launching Kaun Banegi Shikharwati and after announcing Mithya which is set to premiere on 18th February, the two content giants have come together again to announce their third collaboration, Bloody Brothers, the Indian adaptation of British mystery thriller ‘Guilt’. Directed by Shaad Ali and produced by Applause Entertainment in association with BBC Studios India, the series will premiere on ZEE5 next month. 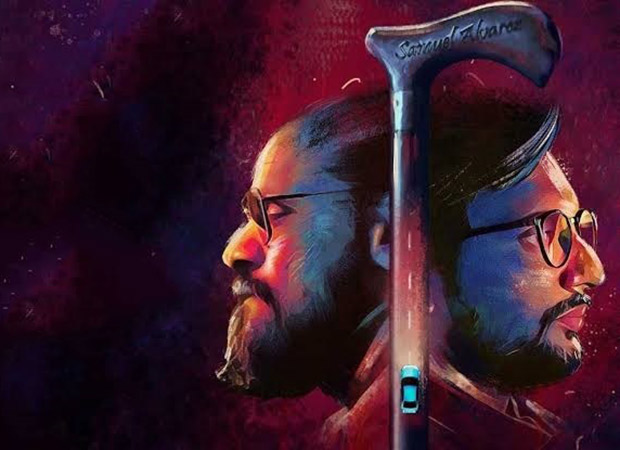 Bloody Brothers, is headlined by Jaideep Ahlawat and Mohd Zeeshan Ayyub, along with a terrific ensemble of Tina Desai, Shruti Seth, Maya Alagh, Mugdha Godse, Satish Kaushik and Jitendra Joshi. The six-part series revolves around the lives of two brothers, Jaggi and Daljeet. While the elder brother Jaggi enjoys the comfort of a wealthy and seemingly perfect life, the younger one Daljeet struggles to survive running a vintage book shop cum café. Their life spins out of control when a tragic accident occurs and distrust starts enveloping their lives, creating a rift between them and everyone around. The series has a heavy weight cast and some edge-of-the-seat plot twists and turns.

Mr. Manish Kalra, Chief Business Officer, ZEE5 India said, “We are happy to further enhance ZEE5’s slate with premium and quality content which will resonate with viewers. In Bloody Brothers, we have explored the realm of dark comedy, with a stellar star cast in an unconventional setting. The focus has been to experiment with genres, narratives and multi-layered characters for increased authenticity and resonance. We are looking forward to viewers’ reaction to this content, which is through our partnership with Applause Entertainment, as we look forward to introducing more compelling titles across genres in the future.”

Nimisha Pandey, Chief Content Officer, Hindi Originals, ZEE5 said, “With Bloody Brothers, we add another captivating story to our content slate. It is a story of two brothers who must stick together to fight through a challenging situation. Jaideep and Zeeshan are an absolute delight as Jaggi and Daljeet. I am extremely happy to have partnered with Sameer, Applause and BBC Studios India on this series packed with unexpected plot twists and black humour. The show cannot be boxed in one genre and that is one of the many fascinating things about it. We are very excited for the viewers to experience this tale.”

Sameer Nair, CEO, Applause Entertainment said, “Even as we gear up for the launch of Mithya, we are delighted to announce our third collaboration with ZEE5. Helmed by the dynamic Shaad Ali and headlined by the brilliant duo Jaideep Ahlawat and Zeeshan Ayyub, ‘Bloody Brothers’ is a deliciously twisted tale of brotherhood, love, crime, and drama. With a show packed with powerful performances and a riveting plot, we are happy to continue creating unique, popular, and distinctive entertainment for our audiences across the globe”.

ALSO READ: Kareena Kapoor to star in Sujoy Ghosh’s Hindi adaptation of ‘The Devotion of Suspect X’ opposite Jaideep Ahlawat